Why do we yawn? 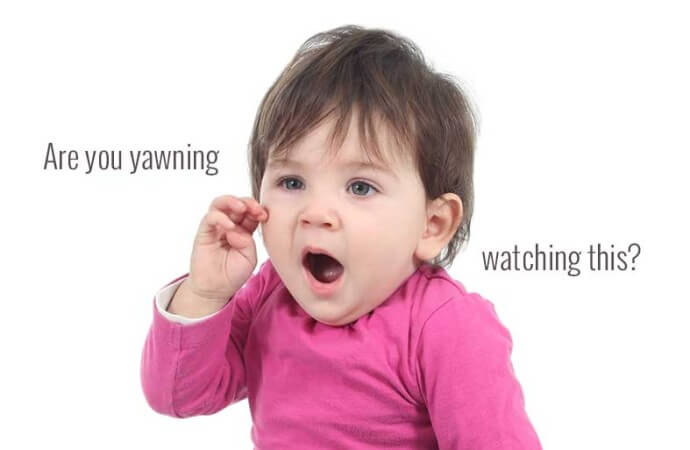 Everyone yawns every day, and that too, quite a few times a day. We do know that boredom, tiredness, drowsiness and seeing others yawn makes us yawn. Still scientists do not know for sure just why nature gave us this funny habit in the first place. What happens during yawning Quite a lot of things

Everyone yawns every day, and that too, quite a few times a day. We do know that boredom, tiredness, drowsiness and seeing others yawn makes us yawn. Still scientists do not know for sure just why nature gave us this funny habit in the first place.

What happens during yawning

Quite a lot of things happen in the body when a yawn arrives. The mouth opens wide. The jaws stretch and the lower jaw hangs down. Lungs expand to accommodate air in larger quantities. The diaphragm (a large sheet of muscle between chest and abdomen) dips to accommodate expanding lungs. Abdominal muscles stretch outwards. Heart rate goes up. Eyes crinkle and are squeezed shut. This puts pressure on tear glands inside the eyes and they let out tears stored inside them. This is the reason your eyes water when you yawn.
Then lungs exhale some of the breathed in air and all comes back to normal. That is, till the next yawn arrives.

Why do people yawn

There are many theories on why people yawn. One popular theory is that when we are fatigued or bored, we forget to breathe deeply. Deprived of deep breathing, the body goes low on oxygen and high on carbon dioxide. As that’s an unhealthy state to be in, the brain tells the body to start yawning so as to increase oxygen intake and reduce carbon dioxide in the body. There is one problem with this theory though. Research shows that people yawn even when oxygen levels are high. So yawning may actually be unlinked to our oxygen levels.

Other creatures yawn too

If you have a pet dog, you would know that dogs yawn too. Actually almost all vertebrate animals (those with a spinal cord/ backbone) yawn. Fetuses yawn too inside mother’s womb.
Like hiccupping, yawning too is an involuntary reflex happening in the body. We can’t order it and if it is happening, we can’t stop it. It actually comes and goes of its own free will. However we do know that some situations bring on a surfeit of yawns. We yawn when bored. We yawn when tired or sleepy. We yawn when someone yawns in front of us. We even yawn when reading or writing about yawning. Admit it, you have yawned at least once or twice while reading this article. On my part, I admit that I have been yawning while writing this article on yawning.

It is quite true that one yawning person induces others around him to yawn too. Some scientists say that yawning is actually a social communication. A way of bonding and showing others that we understand and empathize with them. However if that were true, people would not yawn when alone. Actually people yawn when with others and also when alone. A curious thing is that babies under the age of four and those afflicted with a neurological disorder called autism do not find yawning contagious.

Some amount of yawning is absolutely normal. However if a person is yawning too much for far too long, or does so as a habit for far too long day after day a visit to doctor might be necessary to rule out any underlying medical condition. Health disorders such as heart attack, brain stroke, brain tumor, epileptic seizures or a multiple sclerosis too can bring onset of excessive yawning.

So have you been yawning while reading this article? Has it ever happened in the class that one student yawned and everyone else started yawning too? Do share your yawning experiences with us.