What temperature does water boil? 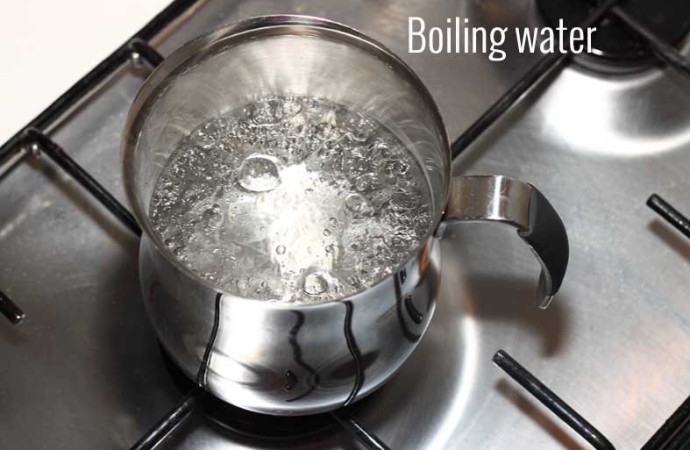 While making (or watching someone make) coffee or tea or cooking rice or boiling eggs, you must have seen water boiling. What happens when water boils? It bubbles and turns into steam which then rises from the surface of boiling water and disappears into air. If you keep on heating the water, ultimately your boiling

While making (or watching someone make) coffee or tea or cooking rice or boiling eggs, you must have seen water boiling. What happens when water boils? It bubbles and turns into steam which then rises from the surface of boiling water and disappears into air. If you keep on heating the water, ultimately your boiling vessels will get empty as all the water in it will have been converted into steam.

What temperature does water boil at
Two things impact boiling temperature of water, or H2O (pronounced H two O) to call it by its scientific formula:

Only 100% pure water at absolute sea level boils at 100 degrees Celsius or 212 degrees Fahrenheit. If the pressure is low, water turns into steam at a temperature lower than 100 degree Celsius. Conversely if pressure is very high, water boils at a higher temperature and the resulting steam too gets much hotter. A phenomenon that has great practical use in cooking, as we will explore later when we talk of pressure cookers.

As different places are at different levels from the sea and as water’s impurities and solutes (things present in water) differ from place to place depending on the source, treatment and transportation of water, the actual boiling point of water too can vary from place to place.

If you were to go to high up in Himalayas, water would boil at lower temperatures but food would cook much slower too. All mountain climbers know how difficult it is to cook or even make tea at heights. Most people living in mountains use pressure cookers for cooking. A closed pressure cooker when heated with food and water or cooking liquid in it does not let the steam escape. This creates high pressure inside the cooking chamber which makes the steam turn much hotter than 100 degrees Celsius and that cooks the food in a much shorter time.

Have you heard about ‘hard water’ and ‘soft water’? Water from regions with limestone and rocky areas has high quantities of magnesium and calcium and is called hard water. Soft water is treated water from which most minerals have been removed. Hard water boils at a higher temperature than soft water because it has more solutes in it. In comparison soft water (for example, from the RO water filter installed at your home) boils at a lower temperature.

So where do you live and what’s the water boiling temperature over there? Write in and let us know.