Who invented the cell phone ? 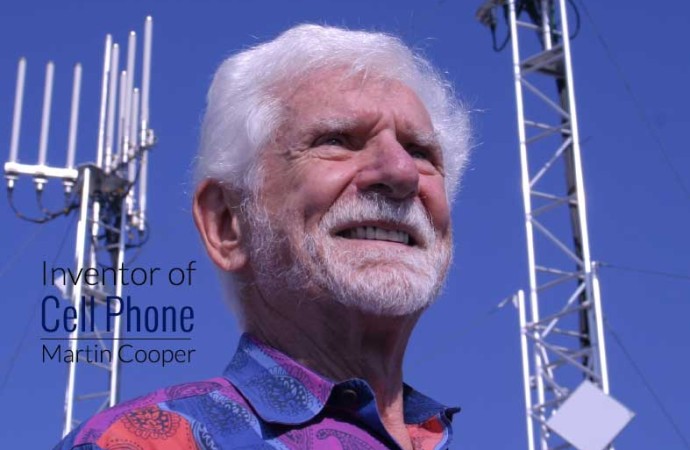 What do you do when someone you know left for the grocery store and you forgot to ask them to get some tomatoes or if you are waiting at the movies and your friends are 30 minutes late? You call or text them on/from a cell phone. In the past you would not have been

What do you do when someone you know left for the grocery store and you forgot to ask them to get some tomatoes or if you are waiting at the movies and your friends are 30 minutes late? You call or text them on/from a cell phone. In the past you would not have been able to type a quick text or call, when either or both the sender/receiver was mobile and far away from a landline telephone. Now we enjoy the benefits of the cell phone and we can call anyone, anywhere as long as there is a cell phone signal.

When was the first cell phone invented?

Let’s first ask the question, “who invented cell phones?” Who was the person who invented this marvellous invention that helps us keep in touch with people all over the world? It was Martin Cooper! He was the man who came up with the concept of a mobile phone. If you have been wondering when the first cell phone was invented, you will be surprized to find that it was not invented too long ago. In 1973, with the help of his Motorola team, the very first cell phone was made. The cell phone weighed an astonishing two kilograms! Just imagine that you had such a heavy cell phone and that you had to carry it with you every day.

The very first cell phone was very expensive to manufacture and some parts of the design were still impractical. The battery life of the first cell phones was approximately 20 minutes, but that did not matter too much, since the cell phones were too heavy to hold against your ear for such a long time anyway.

Have you ever played the game called telephone? This game requires no wires or any other equipment therefore “cell phone” would have been a more appropriate name for the game. The game will show you how important communication is. It will also encourage you to articulate your words clearly.

Three or more (the more the merrier)

How to play the game:

Get together with your friends or family. The saying “the more the merrier” is indeed true for this game. The more people there are in the game, the more fun you will have. Let everyone stand in a straight line. One person at the end of the line whispers any word or phrase into the ear of the person sitting next to him/her, for example “salt”. That person then passes the word or phrase on to the person next to him/her and the word is passed down along the line until it reaches the last person. The last person in the line then has to say the word/phrase that he/she heard out loud. Some of the words/phrases get mingled up when it is passes on from one person to the next and the word/phrase spoken out loud by the last person in the line often sounds like gibberish.

From the cell phone facts in this article, you might have realised that the cell phone was not invented that long ago. Can you remember the answer to the question “In what year was the cell phone invented?” Yes, in 1973! Next time when you are spending time with your friends and family you can try out the game and have a great time. How do you think cell phones will be improved in the future? Making cell phone calls with your brain waves or translucent cell phones made of unbreakable glass? Tell us what great imaginative ideas you have about the future of cell phones.