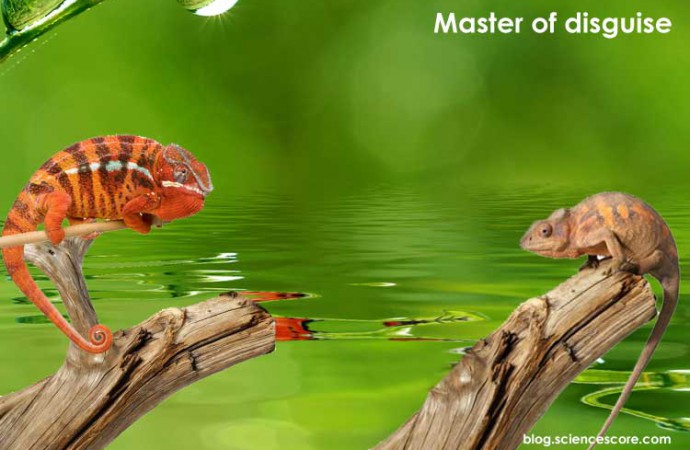 Hey kids, have you ever played hide-and-seek? Imagine if you could stand in plain sight, but nobody could ever find you! That’s the way some animals live every day. When an animal has colours and markings to help it blend in with something or look like something else, it’s called camouflage. Camouflaged animals are masters

Hey kids, have you ever played hide-and-seek? Imagine if you could stand in plain sight, but nobody could ever find you! That’s the way some animals live every day.

When an animal has colours and markings to help it blend in with something or look like something else, it’s called camouflage. Camouflaged animals are masters of disguise!

One kind of camouflage helps some animals blend in with their backgrounds. This is handy for predators because it lets them sneak up on their prey, and it’s useful for prey because it means that their predators can’t see them!

One animal that is really good at camouflage is an arctic fox – they actually change their disguises! Arctic foxes are brown in the summer, but turn white in the winter. This is because in the winter time, it snows. The fox’s brown coat lets it blend in with grass and trees, but its white coat is excellent at helping it hide in the snow.

Crab spiders are deadly masters of disguise. They like to eat insects that feed on flowers, so certain kinds of crab spiders are coloured to match the flower they live on! They lie in wait, looking just like extra petals on the flower, until an unsuspecting bee or butterfly comes along. Then they pounce!

Sea dragons are relatives of seahorses, but their bodies are covered by dozens of leafy growths. These growths aren’t for swimming – they’re for making the sea dragon look just like a frond of leafy seaweed!

There are even some insects that are shaped to look like parts of the plants that they live on. Leafhoppers are small insects whose green wings fold up on their backs to make them look just like a leaf growing out of a twig. Stick insects have long, knobby brown bodies, and look just like sticks on a plant. They are so good at disguising themselves that they will even stretch their legs out in front of them and sway back and forth, just like a twig would in a breeze!

Many kinds of spiders eat ants, and their bodies are shaped to copy, or mimic, the shape of the ant. Some spider use this disguise to help them hunt ants, but the ants usually can’t be fooled; their sense of smell is too good. Instead, most ant-mimic spiders use their disguise to hide from predators who want to eat them. There is even one kind of ant-mimic spider that looks just like one ant carrying another!

Everyone knows you shouldn’t bother a bee. Some flies take advantage of this by taking on the colours and shapes of different kinds of bees and wasps. Even though they’re harmless, predators mistake them for the more dangerous insects and leave them alone.

Next time you’re looking up science online, try looking up some of these amazing animals and see if you can spot them. And remember to look carefully next time you walk through the woods. There may be life all around you, hidden and in disguise!