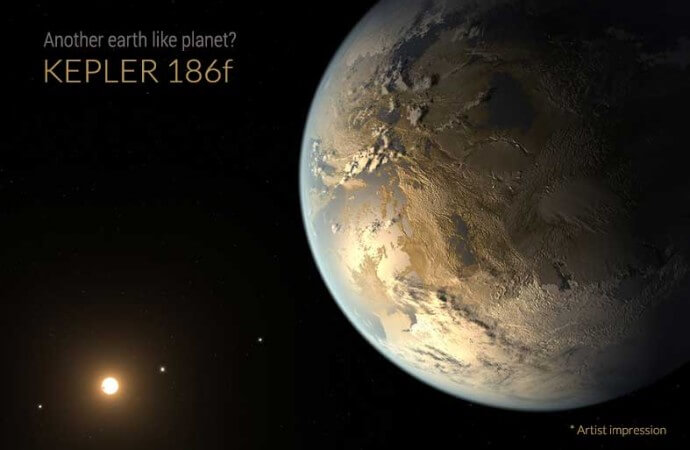 The news is in – scientists have discovered yet another earth-like planet in our galaxy! The Milky Way, our beloved and much photographed galaxy, is somewhere between 100-120,000 light-years across (a light-year is the distance light can travel in a year, equal to about 10 trillion kilometers or 6 trillion miles) and contains between 100-400

The news is in – scientists have discovered yet another earth-like planet in our galaxy! The Milky Way, our beloved and much photographed galaxy, is somewhere between 100-120,000 light-years across (a light-year is the distance light can travel in a year, equal to about 10 trillion kilometers or 6 trillion miles) and contains between 100-400 billion stars. It’s maybe self-centered and naive to think that our sun and out planet are unique in all of that, so astronomers have been searching for planets with similar conditions to Earth, just in case we ever get bored of home or end up making a huge mess of the place.

On 17 April 2014, news from NASA was released, announcing that the Kepler space telescope had located what is possibly the most Earth-like planet ever discovered. Planet Kepler 186f (what a name!), the outermost of 5 planets orbiting the Kepler 186 star, is slightly bigger than the Earth and is in the “habitable zone”, meaning that it’s not too hot or too cold but just right for liquid water to be present and for humans to be able to live on it. The Kepler 186 star is smaller and weaker than our sun, and Kepler 186f orbits around it every 130 days. The best part? The Kepler 186 star is only 500 light years away – practically in the same neighbourhood!

Earth-Like Planets in the News

Though this planet has so far been touted as the most similar to our Earth so far, is isn’t the first time an Earth-like planet has been discovered. Looking at the types of stars that have these sorts of planets orbiting them, scientists have even made estimates that there may be billions of planets similar to ours just in the Milky Way alone. Of the nearly 2000 planets that have already been discovered outside of our own solar system, the Kepler telescope launched in 2009 was used to locate about half of these, and several have been considered similar enough to Earth to be potential places where life could develop. So what if it has?

Life on Other Worlds

Any planet that we humans might visit and maybe live on would have to be similar to our own Earth, because this is the place that we’ve grown up with. It would have to have temperatures in the “habitable zone”, meaning that it could have liquid water at the surface or not too deep underground. Planets that are too hot or too cold are out of the picture. Simply having water on the planet is extremely important, and so is having an atmosphere, not only for us to breathe (which would need to include oxygen) but also to protect the surface from the radiation of the planet’s star.

We assume that life on other planets would need similar conditions to develop as it has here on Earth. That means that liquid water, an atmosphere to block radiation, and just-right temperatures would also be needed on other planets. Although life could develop in oceans, just like it may have done on Earth, having land above the water is probably important for the development of intelligent life forms – so water worlds are probably out, too.

Even though our galaxy, and indeed the whole universe, is unimaginably large and filled with a variety of stars and planets of all sizes and features, every criterion that is necessary for the development of life knocks out many of the planets from the running. According to some scientists, it’s highly likely, if not certain, that life has developed on other planets and that we are not alone in the universe. However, what kind of life would we discover if we one day managed to travel to one of those distant planets? Bacteria? Slugs? Talking and technology-using aliens? It will still take incredible developments in technology for us to find out.

What do you think is out there? Or… is it already here?