Plastics are dumped in ocean. what damage is it causing? 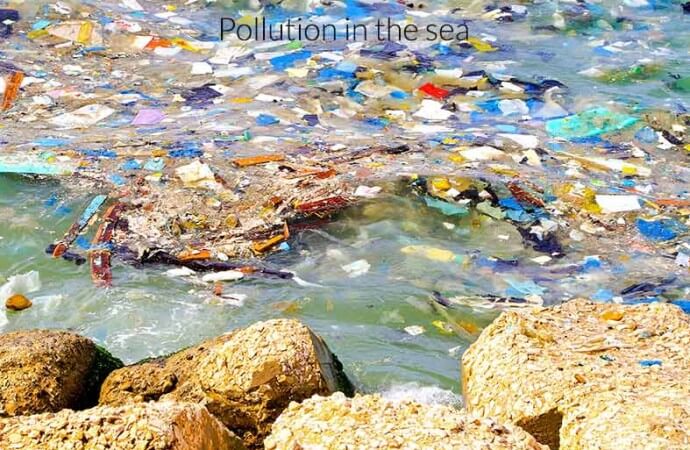 Since the beginning of the plastic era in the 20th century, more and more plastics have been produced for consumer goods, packaging, and even tools and equipment parts. Plastics are made from oil, and it’s estimated that roughly 8% of the oil that the world currently produces goes into plastics. Not only is a lot

Since the beginning of the plastic era in the 20th century, more and more plastics have been produced for consumer goods, packaging, and even tools and equipment parts. Plastics are made from oil, and it’s estimated that roughly 8% of the oil that the world currently produces goes into plastics. Not only is a lot of pollution created by the industries producing plastics, but after they are produced so many plastic products quickly find themselves quickly thrown away as garbage. Many products made of natural materials like wood, paper, natural fabrics like cotton, bamboo, reeds, and clay have now been partly or completely replaced by plastic products that are lighter, cheaper, and often more durable.

In fact, the main reason why plastics are such a major pollution problem is because they are so durable. Plastics are waterproof and don’t biodegrade easily – they really only start to break down when exposed to ultra-violet light. Whereas in the past , more natural products would have been used and would have safely and quickly decomposed back into the natural environment, plastics now take thousands of years to break down and disappear. Combine that fact with the ever-increasing population of humans on the earth who are creating a bigger and bigger demand for plastic products, and you’ve got one giant garbage heap!

Plastics in the Oceans

Even though much plastic is collected and re-used or recycled these days, there is still an incredible amount that reaches landfills and which get into waterways. People drop plastics into lakes and rivers and the pieces eventually find their way to the ocean. The fishing industry uses more and more plastic nets and other product which get lost at sea, and big ships sometimes dump their waste into the ocean or lose their plastic cargo in storms or when they sink. All in all, this contributes to an ever-increasing plastic garbage issue in the oceans. In one research study
(http://www.pnas.org/content/early/2014/06/25/1314705111) a ship took over 3000 water samples from seawater around the world and found bits of plastic in 88% of their samples! This means there is plastic just about everywhere in the ocean, which is a scary thought.

The same study found that as plastics float on the sea, they are exposed to UV radiation from the sun which makes them break into smaller and smaller pieces. The researchers found that, quite mysteriously, the numbers of plastic pieces got larger as the pieces got smaller, but only to a point. It makes sense because if a big piece breaks in half, you will have 2 smaller pieces, so there should always be many more smaller pieces than big pieces. However, they didn’t find nearly as many smaller-than-1mm pieces as they expected. Does this mean the smallest bits of plastic are decomposing quickly, or is it bad news and it means they are hidden somewhere, possibly on beaches or in the bodies of animals that accidentally eat them?

Because of the way ocean currents naturally run, some garbage gets stuck moving around in large circles along with the currents, called gyres. As more garbage makes it into a gyre and less escapes, plastic garbage can build up and create a really big mess. One of these messes has been named the Great Pacific Garbage Patch, which is an area of a huge concentration of mostly plastic garbage floating in the North Pacific Gyre. This area collects garbage from a huge area of the Pacific ocean, including the east coast of Japan and the west coast of America. One research study found 335,000 pieces of plastic debris per square kilometer of ocean water, though most of these pieces may be tiny and hard to even see. Even though this garbage patch doesn’t look like a floating mountain of trash, there are still enough pieces of garbage floating around to be noticeable and to cause major problems for marine life.

Effects of Plastics in the Ocean

Since this is a relatively new pollution issue, no one knows the full effects that so much plastic waste has on the oceans. However, over 136 species of marine animals have been reported to be affected in different ways by plastic waste so far. Some larger animals become entangled in plastic nets, bags and other pieces, which can be fatal. Other animals mistake plastic bit for food (plastic pellets look like plankton or even floating eggs; plastic bags can be mistaken for delicious jellyfish) and end up with stomachs full of garbage which can make them sick. In the long term, no one knows yet if eating plastic will be toxic to these animals, or to the humans that might catch and eat the animals that eat plastic.

Plastic waste can be reduced by using less packaging and by recycling any parts that you do use. Can you think of other ways to lower the amount of plastic that gets dumped into the ocean?