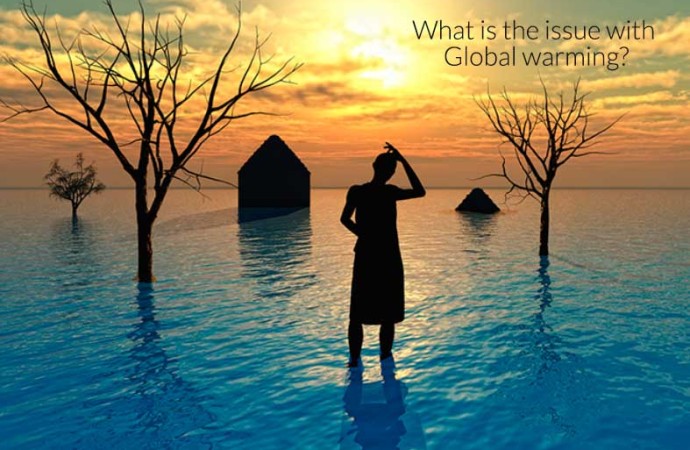 The Facts Behind Global Warming? Here’s a hot topic that seems to be in the news every day, including debate about whether it’s real or not and whether humans are causing it if it is. But just how much do you know about what global warming is and what causes it? What is Global Warming?

The Facts Behind Global Warming?

Here’s a hot topic that seems to be in the news every day, including debate about whether it’s real or not and whether humans are causing it if it is. But just how much do you know about what global warming is and what causes it?

What is Global Warming?

To understand the causes and effects of global warming, you first need to know what “global warming” really means. Can you think of your own definition? Here’s one that scientist use: Global warming is a continuous rise in the temperature of the earth’s overall climate. That’s easy enough, isn’t it? In more basic terms, global warming means that at the earth’s surface, including the land, oceans, and air, is getting hotter over a period of time.

What Temperature Should Earth Be At?

So, does this mean that there is a set temperature that the earth should be at? In actual fact, the earth has gone through continuous periods of heating and cooling throughout time and there is no real base temperature that the planet is “supposed” to be set to. However, humans have been recording temperatures fairly accurately since the 1600s and the inventions of thermometers and these records alone can tell us whether there has been any change since times in the recent past. Other scientific methods, like studying fossilized life forms, glacial landforms, sea level markings, and ice cores, and tree rings can also show us if there have been changes in temperature over time. And guess what? There have been lots!

Global Warming in the Present

Climatic records show that over the past 100 years the earth has been getting warmer. So when people talk about global warming, they usually mean this period of sustained temperature increase. It doesn’t mean that every year will be hotter than the year before, but it does mean that on average across the world things have been steadily warming up. By how much? Thought you might ask! Over 100 years, the earth’s surface temperature has increased an average of 1?C around the world. If that doesn’t sound like a lot, remember that water expands as it warms up, and ice on land melts, so a small increase in temperature can end up causing a big change in sea levels – enough to flood many seaside cities!

Though scientists generally agree that the earth’s surface has been and continues to be heating up, the big debate is really about the reasons why. While many people believe that the causes of global warming are almost all based on the actions of humans, others disagree and point to evidence of natural systems that affect climate.

The most important process that causes global warming is the trapping of heat by the atmosphere – heat that would otherwise be able to escape to space. Here’s how it works:

The earth is heated by energy from the sun and from inside its radioactive core. Greenhouse gases, especially carbon dioxide (CO2) and methane (CH4), reflect and re-radiate a lot of the heat from the earth, essentially blocking it from escaping to space. This is just like the glass panes of a greenhouse – they let light and UV waves through, but block longer, slower heat waves (infrared). When there are more greenhouse gases in the atmosphere, they trap more heat at the earth’s surface. By the way, most of this extra heat is stored in the oceans, and not on land or in the atmosphere!

What Causes Greenhouse Gas Increase in the Atmosphere?

So the big question is “What can be done to stop global warming?” Are there any things people can do to not only reduce the amounts of greenhouse gases we produce, but also to actually take carbon out of the atmosphere? Do you have any ideas?