Do cell phones pose any health hazards for kids? 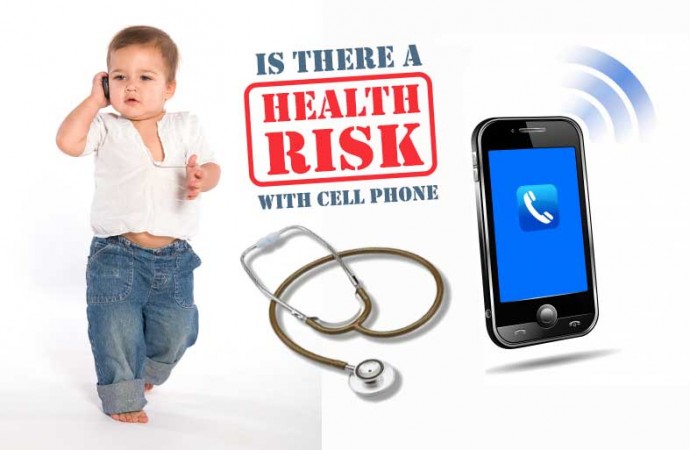 These days, nearly everyone has a phone in their hand or at hand at all times. Whether you call them cell phones or mobile phones, you have to admit that they are everywhere, and now that smart phones allow users to surf the Internet, use social media, text, chat, and play games, all in addition

These days, nearly everyone has a phone in their hand or at hand at all times. Whether you call them cell phones or mobile phones, you have to admit that they are everywhere, and now that smart phones allow users to surf the Internet, use social media, text, chat, and play games, all in addition to calling, people are spending more time with their digital devices than ever. But one question really hasn’t been talked about enough – how do cell phones affect your health?

People have been using cell phones since the 1980s, though it wasn’t until the mid-1990s that their popularity really exploded. Before that time, they were big, chunky bricks that were still super-expensive, but these days, after 20 years of development, mobile phones are now sleek, smart, and powerful. Research into cell phone use began in the 1990s after numerous people began to complain about headaches related to their use. Cellular phone networks use radio waves to transmit information to and from phones, and never before in history have humans carried around devices that put them in such close contact and for such long periods of time with radio wave transmitters and receivers. Because each person tends to use a phone on the same side of their head almost every time they call, researchers started to wonder if the radio wave radiation that the phone used would cause health problems, specifically on the side of the head where the phone was used.

It turns out that answering the question, “Do cell phones cause cancer?” is far more difficult than it might seem at first. Many doctors studied brain tumours and their relationships to cell phones, and some claimed to have found connections between the two. They said that people who talked on their phones for many hours each day for years had a higher chance of having brain tumours than people who didn’t use cell phones. However, other studies didn’t find the same results – this means that we’re not sure yet if cell phones really can cause cancer or not. The danger is that shortwave radio waves don’t seem to affect the cells in your body, but they can affect DNA, which is the important chemical in all of your cells that holds the instructions for creating new cells.

As well, many forms of cancer take 20-30 years to develop, and since cell phones haven’t really been used for that much time, it’s not yet clear whether they are totally safe or not. We should, however, begin to find out in the next 5 years or so as long-term cell phone users age.

Children are now using tablets and smart phones at very young ages, with many apps now aimed at toddlers aged 2 years and up. Because kids are still developing, any effects cell phones may have on the human body would be more risky for children. For example, young children have thinner skulls to protect their brains from the effects of radiation, which can also penetrate into more important parts of their brains than in adults. Today, cell phones and tablets (which work in the same way) carry health warnings, telling users not to place phones close to their abdomens (around your stomach area) and to hold tablets at least 20 cm (8 inches) away from their bodies. Since no one really knows for sure if the radiation from phones is really dangerous, these warnings may be there just in case – but does anyone really pay attention to them?

Aside from the uncertain effects of radiation on cell phone users, there may be other health effects caused by using cell phones. Some researchers suggest that staring at the small screens for long periods of time may damage the user’s eyesight. In some cases, kids and adults who use cell phones all the time may actually become addicted to them and this can cause them to have attention problems, social problems, and issues at school and work. And of course, using a cell phone while driving a car is widely known to increase the risk of accidents, even if a hands-free phone is used.

Since we don’t know exactly whether cell phones cause cancer and increase the risks of other health problems, it’s probably better to be safe than sorry. Some groups recommend the following steps to protect your health:

Do you think cell phones are safe to use? Do you have any other suggestions on how to use them safely?