More that meets the eye 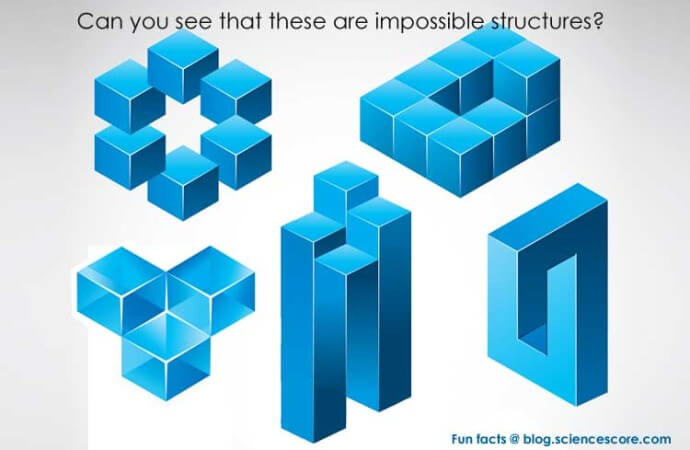 Here’s a neat trick to try: hold up the index fingers of both hands, and tip your hands so that your index fingers are pointing at each other with a small space between them. Make sure your fingers are at the same level as your eyes. Now focus your eyes on the wall across from

We can see things because when light enters our eyes, a special layer of cells at the back of our eyes sends a message to the brain, and the brain decodes that message into an image. But sometimes it’s possible to trick your brain into seeing things that aren’t actually there, like the finger sausage. These are optical illusions!

Can you count the black dots? They only appear at the intersections of the lines if you aren’t looking directly at them!

Focus your eyes on the black dot in the middle of the circles. Now move your head toward the screen and away from the screen. As you move, the wheels will appear to turn. Tiny movements your eyes make fool your brain into thinking the image is moving, but if you focus on one of the wheels, you can see that it’s actually still!

Here’s one more. Which centre square is darker?

The squares in the middle of each figure are the same colour! The brain sees colours differently depending on what colours are around them! That’s why paint stores let you take colour samples home.