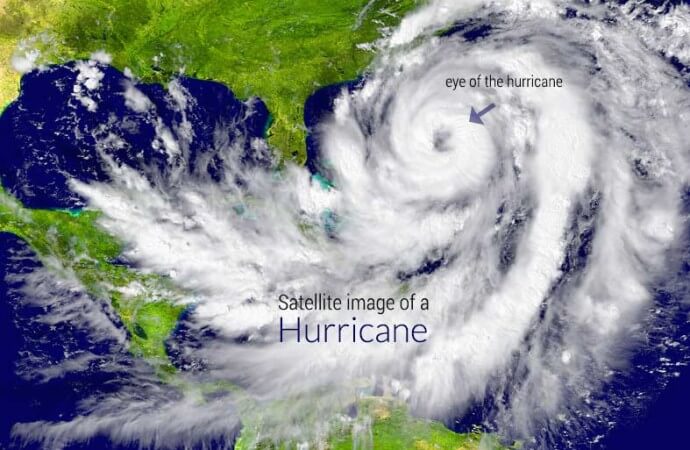 Everything You Need to Know About Hurricanes (and maybe more!) If you’re looking for facts about hurricanes, you’ve come to the right place! Hurricanes are one of nature’s most powerful forces and can cause massive destruction over wide areas. Hurricane vs. Cyclone Of course, the first thing you need to know is what a hurricane

Everything You Need to Know About Hurricanes (and maybe more!)

If you’re looking for facts about hurricanes, you’ve come to the right place! Hurricanes are one of nature’s most powerful forces and can cause massive destruction over wide areas.

Of course, the first thing you need to know is what a hurricane is. Are hurricanes different from cyclones? What about typhoons? In fact, all of these are names for the same weather phenomena. It just depends where the storms are. All of these storms can be called cyclones. If they happen in the Atlantic or eastern Pacific oceans, they are called “hurricanes”, while if they happen in the western Pacific and Indian oceans they are usually called “typhoons”. That’s all!

What Causes a Hurricane?

A hurricane is a huge, rotating storm that is powered by evaporation of warm water. The air over the warm water heats up and rises, leaving behind a center of low pressure. This is sometimes called the “eye of the storm”, the still center of the hurricane without strong winds. However, as the warm moist air rises, it pulls other air into the storm behind it, and the whole system begins to spin (counter-clockwise in the northern hemisphere and clockwise in the southern hemisphere due to the rotation of the earth). Finally, the moist air cools as it rises and massive storm clouds form, pouring down powerful rains. When hurricanes hit, their extreme winds (as strong as 300km/h or more) can tear down whole buildings and rip out trees. Their powerful rains, combined with the strong winds pushing on seawater, can cause massive flooding damage.

How Do Hurricanes Form?

Hurricanes form when intense summer sun heats up bodies of water, and when ocean currents also bring warm water to the same area. This creates a large area of heat energy that allows massive amounts of water to evaporate. Once the storm system forms, it can continue to pick up energy as it passes over areas of warm, evaporating water, but they will run out of energy once they hit land.

Because hurricanes build up over warm bodies of water, they almost always occur in the summer months, and into the autumn while the oceans are still warm. Of course, the northern and southern hemispheres have their summers at opposite times of the year. For this reason, hurricane season in the north is roughly June-November, while in the south it lasts from January-March.

How Are Hurricanes Named?

You’ve probably heard of different storms with names just like people’s names – Andrea and Dean, for example. In the past, these hurricanes weren’t given names and they were harder to talk about, so scientists decided to give storms person names to make it easier to announce on the news and to let people know which storm was being talked about. Before 1978, only women’s names were used, but since then, both men’s and women’s names have been used. Weather scientists make a list of names in advance, running through the alphabet and then name the storms in the order that they happen (ex. Arthur, Bernadette, Charley, etc.). When they get to the end of the alphabetical list, they simply start back again at the beginning with another letter ‘a’ name. Also, if a hurricane becomes huge and does intense damage, its name is “retired” and never used again so that the storm will be clearly recorded n history.

Here are some quick facts about some of history’s memorable hurricanes:+

Deadliest: The Bhola Cyclone, which struck Bangladesh in 1970, killed at least 300,000 people, and possibly up to a million (records were also destroyed, so it’s hard to know exact numbers).

Costliest: Hurricane Katrina, the storm that decimated New Orleans, USA in 2005, killed over 1800 people and caused over 100 billion dollars in damage.

Biggest and Strongest: The hurricane with the highest ever recorded wind speeds was Super-Typhoon Tip that occurred in 1979. It was a massive storm over 2000km wide (the size of most of Western Europe) with winds clocked at 310 km/h (190 miles per hour) and affected Guam, Japan and Soviet Union (Russian federation)

Smallest: Tropical Storm Marco, which hit Veracruz, Mexico in 2008, was the smallest hurricane ever recorded, at only 37km in diameter.

Longest: Hurricane John travelled back and forth across the Pacific ocean for 31 days, causing little damage, but making it the longest blowing hurricane in history.

Have you ever experienced a hurricane? Whether you have or not, it’s a good idea to learn whether they affect the area you live in, and what to do in case of a hurricane warning!