Who invented the television? 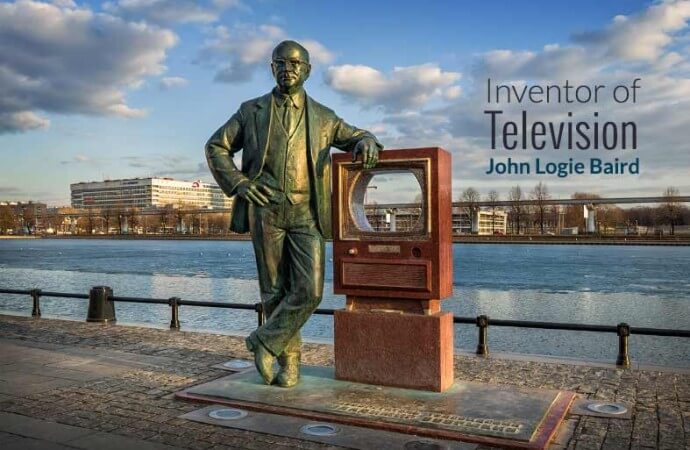 Television is amazing, don’t you think? Images and sound can be sent over large distances where you can see the images on the television screen and hear the sound through your speakers. The television can make you laugh, it can make you cry, and it can even teach you new stuff, like folding a tie!

Television is amazing, don’t you think? Images and sound can be sent over large distances where you can see the images on the television screen and hear the sound through your speakers. The television can make you laugh, it can make you cry, and it can even teach you new stuff, like folding a tie! A television connects us with the world around us. It can make us experience certain emotions and we can even explore new places, without really being there. Let’s look at the history of the television so that we can find out some interesting facts, like who invented this all-in-one source of entertainment, information and education.

History of the television:

In 1837 Samuel F.B. Morse used a machine called the telegraph to send messages from one place to another. Each letter in the alphabet got a special code that was tapped on the telegraph. This code was called the Morse code. Each tap on the telegraph sent electrical signals over wires to another person who translated the message by using the code.

In 1896, Guglielmo Marconi sent Morse code messages, without using a wire. He sent the Morse code messages by using radio waves that travelled from one antenna to another. Suddenly messages could be sent over longer distances than before and even ships at sea could send and receive messages.

In 1906, Reginald A. Fessenden broadcasted his voice over the radio. This was the first time that voices or sounds could be sent over the radio and not just in Morse code. Just imagine how incredible it must have been for someone to hear voices over a radio for the first time.

In 1843, Alexander Bain thought of an idea to send and receive images. This idea led to the invention of a fax machine. In the 1860’s Giovanni Caselli invented the very first widely used fax machine called the Pantelegraph. Handwritten messages and drawings were sent over the Pantelegraph by converting it into electrical signals. These signals were sent over wires to a machine on the receiver’s end that created the sent messages and drawings on paper.

The inventors of the television:

In the 1870’s George Carey invented a selenium camera that sent images over wires. In 1880, Paul Nipkow sketched the plans for a Nipkow disk. This disk had holes in it that were arranged in a spiral pattern. Images were displayed quickly after the other through the Nipkow disk and it appeared as if the images moved. This disk works on the same principle as to how cartoon images appear to move when you flip the pages in a flip book.

How do you think will the television be improved in the future?