What makes thunder and lightning? 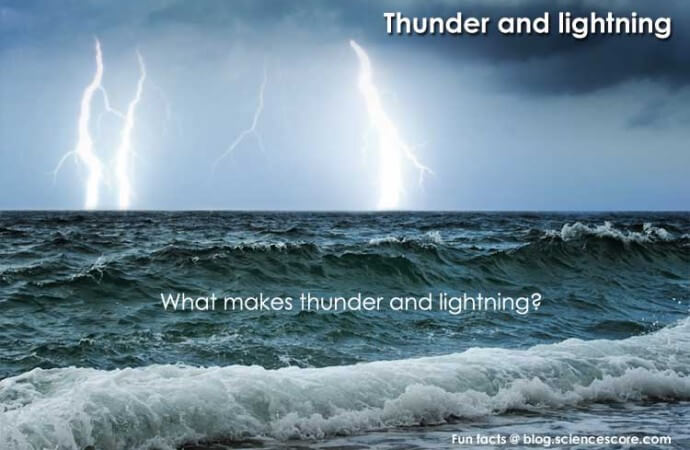 Have you ever walked across a carpet and gotten a shock when you touched a doorknob? Well, that’s basically what lightning is, only lightning is much more powerful.

Lightning occurs when you have two things: moisture and warm air (that’s why we have more storms during the warm summer months). Warm air rises and pushes up through the clouds. This makes particles of dust, moisture, ice, and other debris rub together inside the cloud (just like your feet rubbing on the carpet), creating a negative electrical charge at the bottom of the cloud.

The earth’s surface has a positive electrical charge, and it’s true that opposites attract. The negative charge in the clouds is attracted to the positive charge in the ground, and ZAP! It jumps to the ground as lightning. One single bolt of lightning is a current of electricity that can heat the air around it to 30,000C. That’s hotter than the surface of the sun!

This incredible heat causes the air around the lightning bolt to expand at a rapid rate. That expanding air creates a sonic shock wave that we hear as thunder. The closer the lightning is, the sooner that wave reaches us, and the sooner we hear thunder!