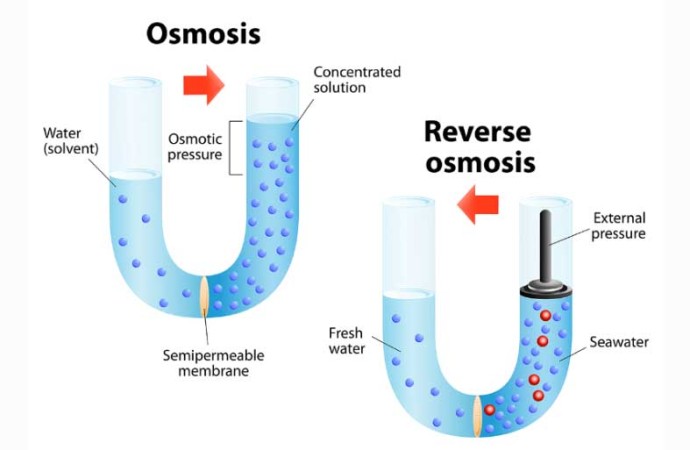 Have you ever heard about the term “osmosis”? Let’s find out more about this strange word, so that you can tell your friends all about it! Diffusion and osmosis: Before I can begin to tell you about osmosis, you first have to ask yourself the question: What is diffusion? Diffusion is the random movement of

Have you ever heard about the term “osmosis”? Let’s find out more about this strange word, so that you can tell your friends all about it!

Before I can begin to tell you about osmosis, you first have to ask yourself the question: What is diffusion? Diffusion is the random movement of molecules (liquid, solid or gas molecules) from a region of a higher concentration to a region with a lower concentration. Do you know what it means when we say that something has a higher concentration? It means that there are a lot of molecules together in a certain space, so when something has a lower concentration, there are fewer molecules in a certain space. Let’s look at an example of diffusion. Have you ever placed a few drops of food colouring into a glass of water? If not, why don’t you try it? All the beautiful coloured drops that you have place in a glass of water will start to spread out on its own, until all the water is the same colour. Let’s say that you place red food colouring in the water. The drops will be dark red, but as soon as you drip the drops into the water, the colour will start to get lighter as it spreads out in the glass. This very interesting occurrence is called diffusion. A more formal definition of diffusion state that: Diffusion is when molecules spread out from an area of a high concentration to an area of a low concentration, in order to reach equilibrium (where all the molecules are equally spread out in a space).

Now, let’s look at a complete definition of osmosis and then use fun examples of osmosis so that you can understand it perfectly. We can define osmosis as a process by which molecules of a solvent (a liquid that dissolves other liquids solids or gasses) tend to pass through a semipermeable membrane from a less concentrated solution into a more concentrated one. Did you know that water is a solvent that all of you drink every day? Let’s make sure that all of you know what the words in the definition means. Did you wonder what a semipermeable membrane is? A semipermeable membrane is a type of layer that only lets certain molecules through. It is exactly the same as a sieve! When you throw some fine sand and a few pebbles into a sieve, all the sand will fall through and the pebbles will stay in the sieve.

Does osmosis require energy to work? – The Similarity between diffusion and osmosis:

Why don’t you watch the following video, where osmosis is explained, so that you can see all the moving molecules: https://www.youtube.com/watch?v=w3_8FSrqc-I