Did you know that bats sing love songs? 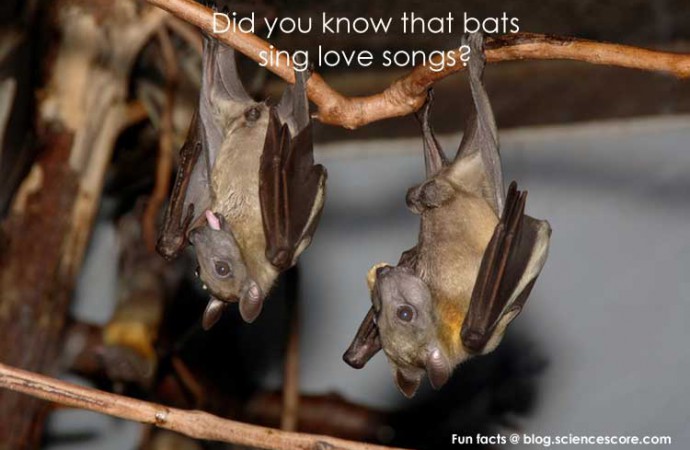 When male Mexican free-tailed bats want to attract a mate, they hang upside down and sing a complicated song of buzzes, trills, and chirps. We can’t hear them because the sounds are too high-pitched to be heard properly by the human ear, but by recording them and playing them back at slower speeds, scientists have managed to decode the complicated love songs.

If the male wants to make himself particularly attractive to the female, he’ll also hang upside down and ooze a foul-smelling liquid to impress his lady friend.

But bats aren’t the only furry creatures that sing a song humans can’t hear. Scientists have also recently discovered that male mice sing to females too! If a female mouse hears a song she likes, she will make her way over to the male.

It’s posible that many more animals are making sounds that we can’t hear. As our ability to record and play back the world around us gets better and better, who knows what songs we’ll discover next!